Home  > APPLICATION  >  How to measure the hardness of the heat treated area of a weldment?

How to measure the hardness of the heat treated area of a weldment?

How to measure the hardness of the heat treated area of a weldment?

Australian distributors feedback that users need to measure the hardness of the HAZ heat affected zone of the weldment on site, but the width of the HAZ area is only 1.5~2mm, which cannot be effectively measured due to the large impact indentation of the Leeb hardness tester.

At present, the most effective portable hardness tester for measuring the HAZ heat affected zone is the ultrasonic hardness tester. We recommend the SU-300+50N HP-5K manual probe. Because the diameter of the ultrasonic hardness tester resonant rod is only 2.46mm, the indenter is a conical diamond indenter, and the width of the indentation after the test is about 0.35mm, the HAZ can be easily tested by using the standard manual probe cap of our company. The highest hardness of HAZ is one of the important indicators for evaluating the weldability of steel grades, which is more accurate than carbon equivalent. The highest hardness of the welding heat-affected zone is used as a factor to evaluate metal weldability (including cold crack susceptibility), which not only reflects the effect of the chemical composition of the steel bell, but also reflects the effect of different microstructures formed under the influence of welding process parameters. 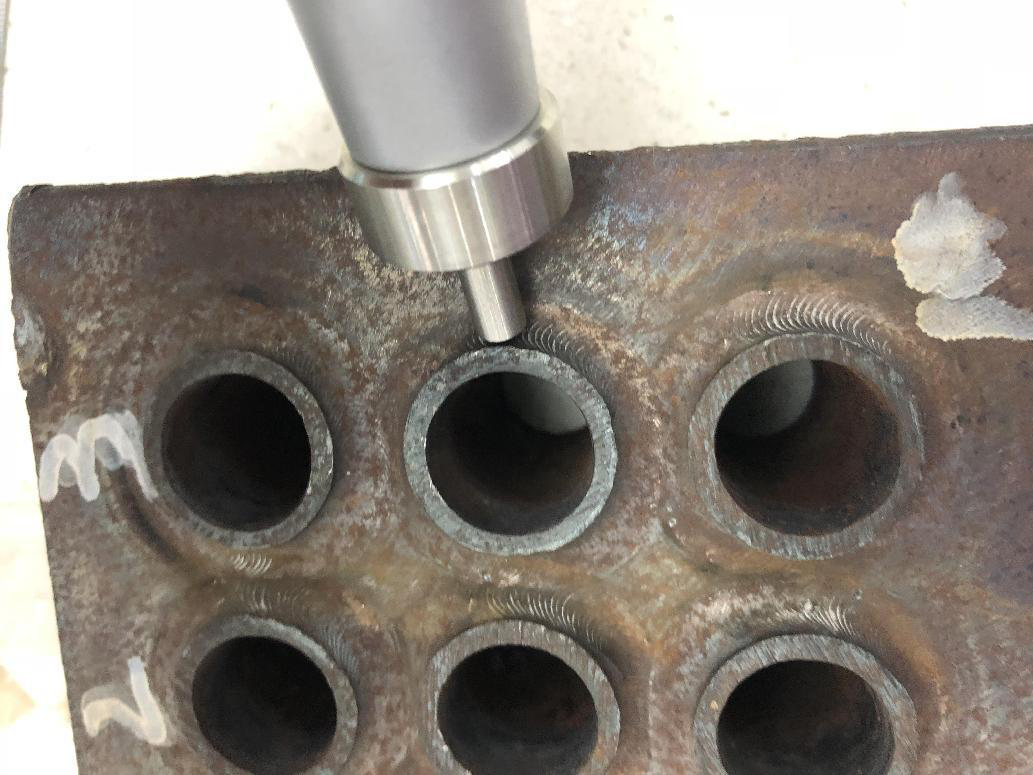